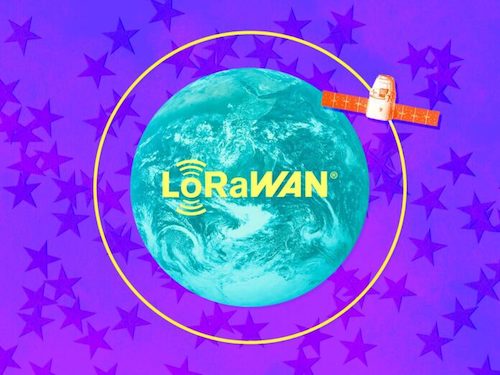 First published by IoT for All:

Illustration: @ IoT for All

As businesses, cities, and countries continue to accelerate their Internet of Things (IoT) and digital transformation strategies, they are looking for wireless networks and network management solutions designed to support large-scale deployments of sensor-enabled devices that need to be operational for decades at a time. An increasing number of these connected device deployments are being implemented using LoRaWAN® technology, positioning the open standard as the leading choice for critical infrastructure and essential enterprise IoT projects using Low Power Wide Area Networks (LPWANs).

However, within the LoRaWAN connectivity market, there are a variety of network types and operational requirements that solution providers and end-users need to consider. For example, is a public network already in place where you need it, and does it need to be extended or densified? Can you use a public network, or is a private network necessary? Do you need a Service Level Agreement (SLA)-backed carrier-grade service, or will a decentralized network work for your use cases? To support these varying requirements, solution providers and end users need network services that support a variety of network types and deployment models, simplify the management of networking tasks, and scale on demand to support business growth – a connectivity hub of sorts.

The Recent Growth of LoRaWAN

Compared to other wireless network technologies, LoRaWAN is relatively new. It first became an open standard just seven years ago when the LoRa Alliance® was formed in 2015. Since then, it has undergone a sustained expansion, and collaboration between ecosystem partners has accelerated adoption. Over 500 members are now part of the LoRa Alliance, after adding nearly 100 members in 2021. And along with a growing ecosystem, device manufacturers are embracing the technology, with LoRaWAN-certified products growing by 33 percent last year. Importantly, the International Telecommunication Union (ITU) recently approved LoRaWAN as a global standard, further recognizing the technology as one industries and organizations can trust.

LoRaWAN adoption has also grown because of its technical strengths, which include an ideal combination of superior range, strong propagation characteristics, cost efficiency, long end-device battery life, and flexible deployment models. The adoption of LoRaWAN has now reached a tipping point where it is moving beyond serving discrete projects to becoming the chosen technology for massive and distributed global IoT deployments.

With this recent market acceleration, it has become clear to industry stakeholders that a “build it and they will come” model for LoRaWAN network deployments will not drive large-scale IoT adoption on its own. The expectation that a few gateways deployed on towers in locations across large geographical areas will drive significant application demand and provide customers with the public network coverage density needed to support critical business applications was proven to be a flawed approach many years ago.

What has been proven true is that a variety of network options are required to fulfill the promise of large-scale connected device deployments making a meaningful impact on business processes, industry automation, and resource sustainability. Some use cases may require SLAs for business-critical applications, while others may not need them. Some may require specific device communication intervals, while others may be fine with less-defined communication profiles. And, to some, regional coverage may be all that is needed, while others require global services and support. With all these variations, how network connectivity is delivered and managed becomes one of, if not the most, critical elements of the digital transformation stack.

LoRaWAN network operators have spent the better part of the last decade building out terrestrial coverage. And with application demand increasing, the growth of terrestrial LoRaWAN networks has accelerated. Networks that were built to support a single anchor application are now expanding to support the IoT initiatives of an entire region. For example, a public LoRaWAN network initially deployed to support the Advanced Metering Infrastructure (AMI) initiatives of a local water utility in the Tampa area has recently been expanded across 1,600 square miles to support utility, municipal, and enterprise applications throughout a multi-county area.

Further, as demand has increased across markets and time to a return on investment has become clearer, the network operator ecosystem has begun to coalesce to better support customer needs, with operators of different network types partnering to deliver integrated offerings.

For example, decentralized network operators are partnering with managed network operators to densify and extend coverage. Integrations like these not only expand network access but also illustrate the value of delivering robust network and device management services to customers under a unified platform, providing a “carrier-grade” onramp for organizations who desire to take advantage of the rapid growth of decentralized networks but that also require robust network and device management services for scaled critical infrastructure and essential business applications.

Even with recent expansion, however, terrestrial LoRaWAN networks are still in the early stages of providing true national coverage across large geographic areas like the United States. Like cellular and broadband Internet services today, network deployments in rural areas are lagging behind those in densely populated cities despite the opportunity for massive sensor deployments in markets such as agriculture, manufacturing, and supply chain. But in the LoRaWAN market, this challenge is being addressed through a growing number of Radio Access Network (RAN) partnerships and unique business models which unify the service delivery and management of disparate LoRaWAN networks deployed by third parties.

In addition to the new and unique business models noted above, delivering ubiquitous coverage is being addressed by the emerging availability of satellite LoRaWAN networks.

Consortiums like the Multimodal IoT Infrastructure Consortium (MMIIC) are providing a path to global LoRaWAN network coverage. Over the next few years, hundreds of Low Earth Orbit (LEO) satellites will enter orbit carrying LoRaWAN gateways, supporting use cases that terrestrial networks cannot do so alone. In a supply chain example highlighted in an MMIIC Consortium announcement, sensor-enabled tracking devices can be attached to shipping containers as goods are loaded on a truck. The containers can be tracked by a terrestrial network as they reach a shipping vessel at the outbound port. While at sea, where no terrestrial network is available, the tracking devices will automatically connect to a low Earth orbit satellite service. And when the shipment arrives at its destination port for offloading and begins its inland journey, the tracking devices will again automatically switch back to terrestrial coverage, with the application provider’s software collecting and reporting location and environmental data such as temperature, humidity, and shock at all times.

These approaches to network connectivity and device management are being thoughtfully designed to deliver on the low-cost value proposition of LoRaWAN, and, when centrally managed, uniquely support an ever-expanding portfolio of digital transformation opportunities.

Delivering connectivity to support massive solution deployments means meeting a broad spectrum of requirements. With unified LoRaWAN connectivity supported by the integration of different terrestrial network types (managed and decentralized), continuous deployment and densification, and the seamless combination of terrestrial and satellite coverage, it’s no longer an either-or choice.

Working with one provider – particularly one with the capacity to bring together a variety of connectivity solutions under one management platform – supports both near-term IoT project implementations while providing a clear path to expansion based on prioritized business drivers.

Looking forward, what will drive the future volume of connected devices and business value is the instrumentation of often mundane, but very meaningful, everyday physical objects and activities – without restrictions at the network layer and supported by robust device management tools. As a result, businesses, cities, and countries will end up being powered by sensor data. Over time, the concept of the Internet of Things will merge with cloud and edge computing, and we will think of IoT projects as applications. How network coverage is delivered and managed is critical to the success of this vision.